In this paper, led by my student Shashank Dholakia, we derived solutions to transit light curves of exoplanets orbiting rapidly-rotating stars. Rapidly-rotating stars exhibit significant oblateness and gravity darkening, a phenomenon where the poles of the star have a higher temperature and luminosity than the equator. Light curves for exoplanets transiting these stars can exhibit deviations from those of slowly-rotating stars, even displaying significantly asymmetric transits depending on the system's spin-orbit angle. These phenomena can therefore be used as a protractor to measure the spin-orbit alignment of the system. 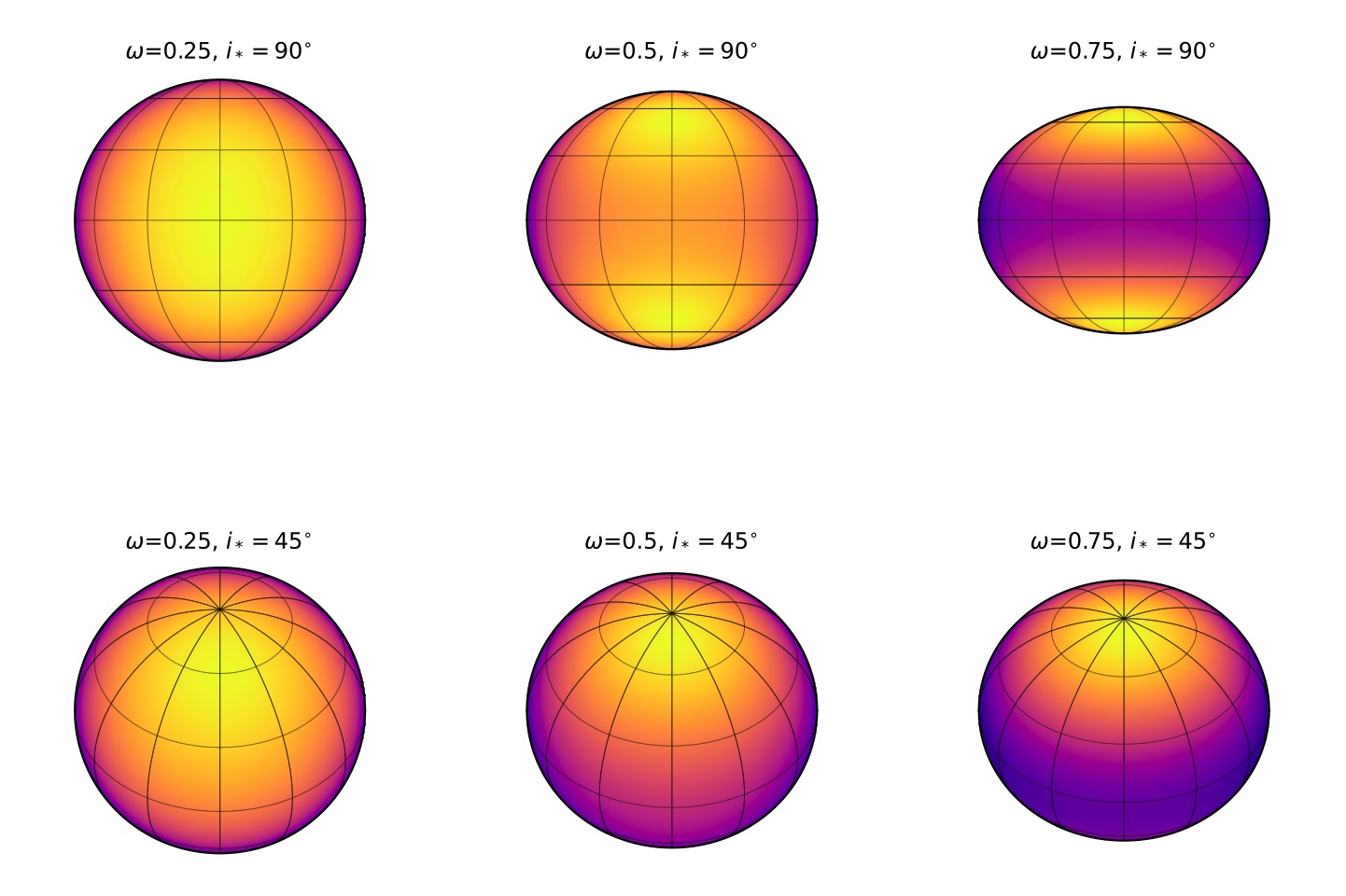 Figure 1 Rapidly-rotating stars at a variety of rotation rates (slowest to fastest from left to right) and orientations (from top to bottom: equator-on and inclined at 45 degrees). The quantity omega is the equatorial angular velocity as a fraction of the breakup velocity.

In this paper, we introduced a novel semi-analytic method for generating model light curves for gravity-darkened and oblate stars with transiting exoplanets. We implemented the model within my starry code package, demonstrating several orders of magnitude improvement in speed and precision over existing methods. We tested the model on a TESS light curve of WASP-33, whose host star displays rapid rotation (vsini = 86.4 km/s). We subtracted the host's delta-Scuti pulsations from the light curve, finding an asymmetric transit characteristic of gravity darkening. We found the projected spin orbit angle to be consistent with Doppler tomography, constraining the true spin-orbit angle of the system to be 108 +/- 17 degrees.

Figure 2 Phase-folded TESS light curve of WASP-33 (top) with pulsations removed (hover for color version). The blue line is the best fitting standard transit model from von Essen et al. (2020) and the red line is the best fitting oblate, gravity-darkened model from an MCMC fit. It is clear from the middle panel that the residuals under the von Essen model show significant structure, particularly near ingress and egress. The residuals under the oblate model show much less structure (bottom panel) and are nearly consistent with white noise.