vplanet was primarily developed by one of my graduate school advisors, Rory Barnes. I'm the second author on the paper — I worked on the stellar evolution and atmospheric escape bits of the code, as well as on the plotting routines and making it open source on GitHub. Check out the links at the top for more information!

Figure 1 Orbital evolution of the circumbinary planet Kepler-16b according to the binary module in vplanet. Perturbations from the central binary force orbital eccentricity and inclination oscillations for the planet (top left and right panels, respectively) and cause appreciable precession of the longitudes of the periapse and ascending node (bottom left and right panels, respectively). 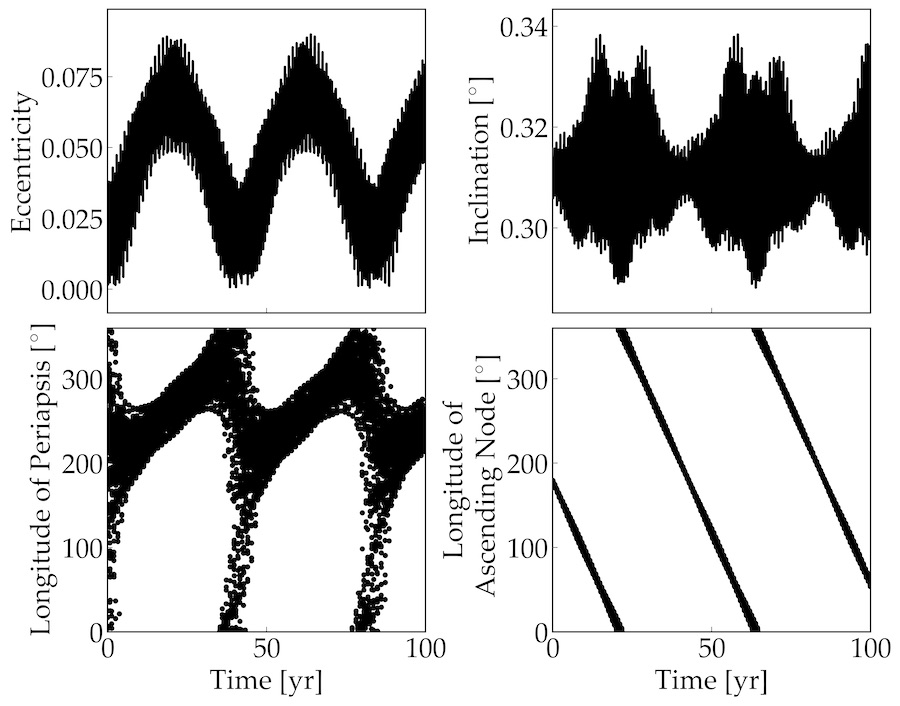 Figure 2 Seasonal evolution of an Earth-like planet at 1.02 AU with an obliquity of 55 degrees over the course of its orbit. Insolation (left panel) shows incident radiation as a function of latitude. The middle panel shows the surface temperature. The ice balance (right panel) shows the difference between ice growth and melting. Note that ice is more stable on the equator than the poles.